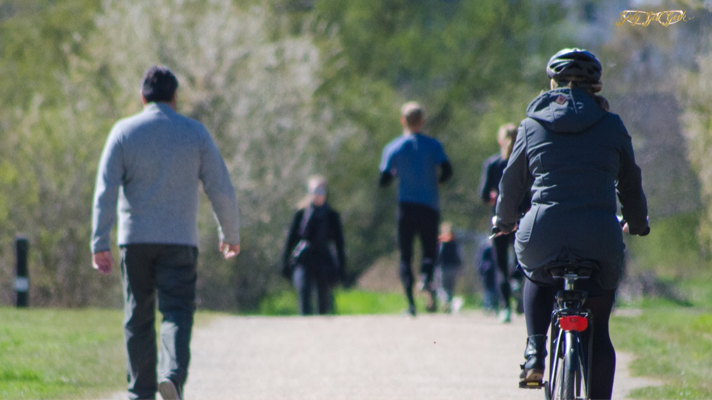 There’s no way I’m going to give it up,” claims Lois, a “70 mumble- mumble” year young “senior still having sex”. The retired Minneapolis bookkeeper is no long dating books but booking dates. “I’ll do it till I die… and die if I don’t keep doing it.”

It’s true: Time is a thief -stealing our youth and bodies and virility. Conventional beliefs portray sexuality as confined to the domains of the 18-40 year olds, with the idea that once someone retires from their job, they also retire from sex. Think of this of some kind of strange and twisted logic — and defy it. While the obvious may come into play (or not, for that matter), consider what is most important to you: keeping up with or keeping it up. With the first wave of baby boomers entering their 60s, older adults make up the fastest growing segment of the U.S. population. Yet the lack of reliable information about how sexual activity and function might change with age and illness, not to mention sexually transmitted diseases, combined with taboos around discussing sex in later life, contributes to worry or even shame for many older adults. “This shouldn’t be the case,” insists Paul Hammond, MFT, a relationship specialist and lifestyle coach in San Diego who specializes in senior issues. “If people are ready and willing to change antiquated attitudes, they’re ready and willing to make specific changes.”

Let’s own it: Just plain aging, medical conditions and treatments can interfere functioning. American men spend more than a billion dollars each year on medications to improve sexual function. Despite frequent problems, 38% of men and 22% of women discussed sex with a physician since the age of 50. Men were more likely to do so, perhaps because effective drugs are available. Nearly 14% of men reported taking medication specifically to improve sexual function. The most common female problems included low sexual desire, vaginal lubrication difficulties and inability to climax and a 2007 study in the New England Journal of Medicine, reported that 73 percent of those in the 57 to 64 age group and 53 percent of those 65 to 74 reported engaging in sex with a partner in a the previous year. Among 75- to 85-year-olds, about 36 percent were still sexually active.

Are you a walking sightmare? Seriously? No simpleton routines: Although Oprah famously claimed that her personality wasn’t in her thighs, if there’s a need to downsize, lose the lies and alibis. “My husband left me after 20 years,” laments Georgia, a New York native who admitted “letting myself go…. I bought into the stereotype of love is love and believed my appearance didn’t matter. I believed my husband ‘still loved me,’ but I didn’t own up to the fact that he was no longer attracted to me. By the time it hit me it was too late. He and his little 20 something year old are expecting their first child any day now.” Truly, health is wealth, especially in the bedroom. For both men and women, people who rated their health as poor were less likely to be sexual active and more likely to report sexual problems. Overall, 38% of the men in the study and 22% of the women reported ever having discussed sex with their doctor after age 50.

So this one is obvious. Get out of the boredom and into the bedroom: Vogue may never stampede you but you owe it to yourself and any potential partner to take care of yourself. Look in the mirror and be objective. With the plethora of lotions, potions, props, docs and paraphernalia that was non-existent a generation ago is readily available. Instead of being a whole lot of blub, lose the lardwear and get off that couch and get rid of that pouch!!

Go For The Bold

“Where in the world would I find somebody?” asks a genuinely befuddled Lewis, a 72 year old widower who “hasn’t dated anyone in 52 years and hasn’t the faintest idea where to start.” The retired St. Paul butcher married his high school sweetheart at 19 and recently lost her to cancer. “And besides,” he laments, “at my age, where would I even look?” With that attitude, it’s time to leave the naysayers and be a playsayer: “There are lots of avenues open to everybody these days,” says Linda Lewis, a Las Vegas matchmaker specializing in senior affairs. “A little social networking may be all you need. Use some caution and prudence and give it a go!”

You don’t necessarily need to lock down forever with somebody but a little companionship can do wonders. In case you haven’t read the recent statistics, loneliness can make fast work of even the most physically healthy senior. The Association for the Advancement of Retired Persons estimates that 15.4 percent of men and women over 50 are divorced, 6.25 percent have never been married and 4.4 percent are widowed. In fact, residents of assisted living and such facilities are privy to such features as a staff recreation therapist; that is, practically 24/7 camaraderie: coffee clatches, bingo, you know. What are the effects of chronic loneliness? According to recent research, chronic loneliness is a serious, life-threatening condition. At least one study has empirically correlated it with an increased risk of cancer, especially for those who hide their loneliness from the outside world and it is also associated with increased risk of stroke and cardiovascular disease. Loneliness has been directly correlated with depression and is a high risk factor for suicide, alcoholism and substance abuse. Now we wouldn’t want that, would we? So look outside your

The Magic Potion to Restore the HE-Motion?

So what do you think? Men reported erectile dysfunction as the most common problem, with 37% reporting some level of difficulty achieving an erection. Of all the men in the study, 14% were taking some form of medication for sexual function.

A representative sample of 3,005 U.S. adults ages 57 to 85 (men and women) found that sexual activity varied by age:

For both men and women, people who rated their health as poor were less likely to be sexual active and more likely to report sexual problems. Overall, 38% of the men in the study and 22% of the women reported ever having discussed sex with their doctor after age 50 and: women reported less sexual activity than men, perhaps because of the shorter life expectancies of men; that is, there are less men to engage in sex in the older age groups.

But wait: There is hope – and help. There are numerous possibilities:

A consult with your health care provider can help put you back on track and back in the sack!

Get Bedder and Bedder

The Joys of Toys

Feeling fun shy? There’s a plethora of pleasures just waiting for you and your mate –so why hesitate? If it’s consensual, give it a go. According to recent stats, seniors make up a much larger population of game players in the world of toys. Let’s hear it for the joys!

No More Excuses! Start living and loving! Make it a point to:

So have fun and start living!